The ABC’s of Acoustic Standards in Classrooms

Rising awareness of acoustic design in schools has spawned a number of building certification programs that are influencing how America’s schools are being planned and constructed. Private industry began looking at and measuring variables like noise from heating, ventilating, and air conditioning systems during the early 2000’s, not long after the American National Standards Institute (ANSI) established the “Acoustical Performance Criteria Design Requirements and Guidelines for Schools.”

Several states, local jurisdictions, and boards of education have adopted the standard or have produced their own standards based on ANSI’s recommendations. Minnesota, Connecticut, and the New York City School Construction Authority — to name just a few — have embraced ANSI’s acoustic standards.

While ANSI carries a lot of weight in the standards arena, it is not the only game in town, nor the only set of standards in the country. Several other states, local jurisdictions, and boards of education have since adopted other classroom acoustic standards and directives, including the State of New York, the Los Angeles Unified School District, and Washington, D.C. Public Schools. 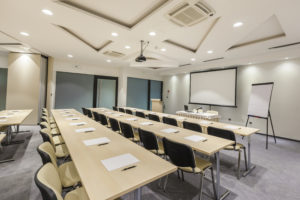 The standards set out to establish the optimal acoustic criteria for core learning spaces, such as reverberation time (RT), sound transmission class (STC) for partitions, windows and doors, and background sound level in decibels (dBA). These criteria help establish the ideal acoustic learning environment — one in which a student sitting anywhere in the classroom will have little difficulty hearing the teacher.

Reverberation tends to garble and degrade speech intelligibility. Reverberation, sometimes incorrectly referred to as echo, is a function of the size of the room and its ability to absorb or reflect sound.

STI considers a number of factors, including a speaker’s volume, the background noise level in the room, the quality of the sound reproduction equipment (if any), and reverberation.

In reality, speech intelligibility is a complex subject. STI is very difficult to predict for a given set of conditions and requires specialized equipment to measure. As a result, STI is not commonly specified as a requirement or design goal. Certain contributing environmental factors – such as maximum background noise level and maximum reverberation time — are much easier to predict and measure.

The Leadership in Energy and Environmental Design (LEED) standard developed by the U.S. Green Building Council in 1993 is considered a prime benchmark for “green building” projects. Over 14,000 projects across 30 countries, covering over a billion square feet of real estate now have a LEED rating.

The Collaborative for High Performance Schools (CHPS) was formed as a non-profit organization in California in 1999 by a group of the state’s major utility companies to address energy efficiency in schools. The program has since expanded to include all elements of school design, construction, and operations — including acoustics. CHPS has also adopted a set of standards based on the ANSI standards.

According to CHPS, acoustic design has a bright future: “Recognition of widespread acoustic problems in America is spurring development of a national minimum acoustic standard for classrooms which may be enforced under the auspices of the Americans with Disabilities Act.”

CHPS also notes that “approximately 15% of children are estimated to have a slight hearing loss, and investigations of school records has linked hearing losses with lack of progression through school. Typically, children do not fully develop the ability to sort sounds from background noise until they are teenagers.”

Private enterprise has also begun developing its own standards. The HVAC industry, for instance, responded to the issue of noisy window units in schools by developing techniques to accurately measure noise and establishing a set of acceptable noise standards. Product manufacturer Armstrong Ceilings has embraced ANSI standards and designs its products to minimize reverberation time and background noise.

Armstrong believes that widespread adoption of school acoustic standards is coming: “At the present time, the ANSI standard is voluntary unless referenced by a code, ordinance or regulation. However, school systems may require compliance with the standard as part of their construction documents for new schools.”

Regional efforts to adopt standards may also provide impetus to national and international efforts. Over the last 15 years, several organizations and individuals have begun advocating the incorporation of the standards into the International Building Code, making it mandatory in a much broader way.