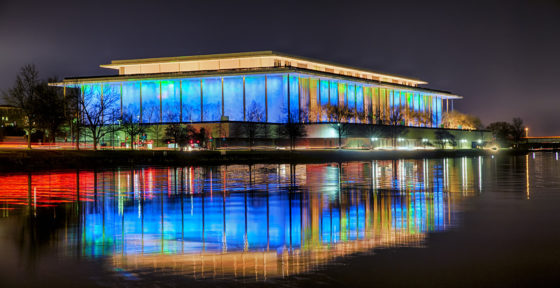 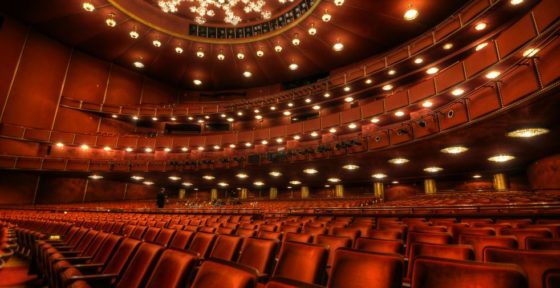 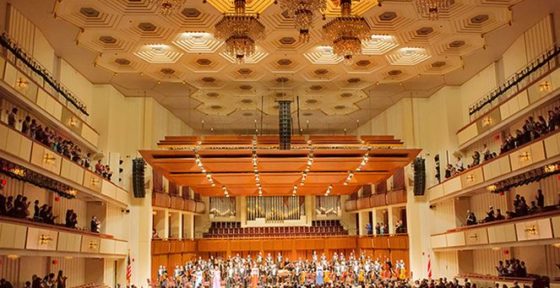 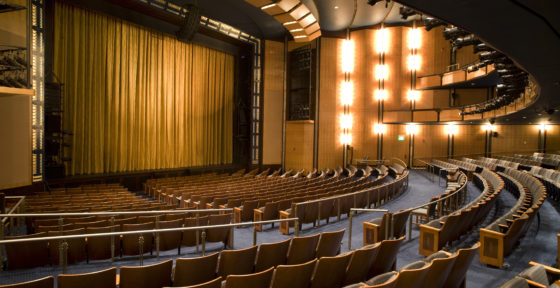 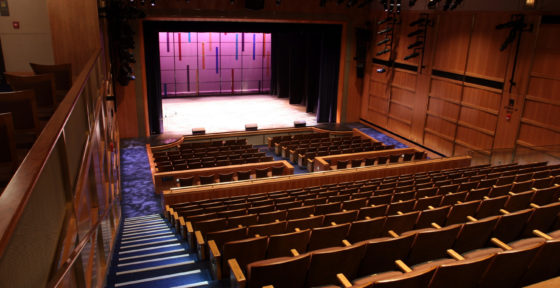 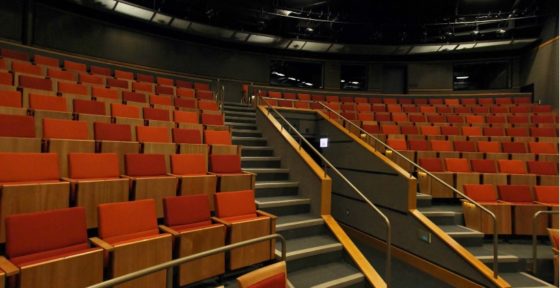 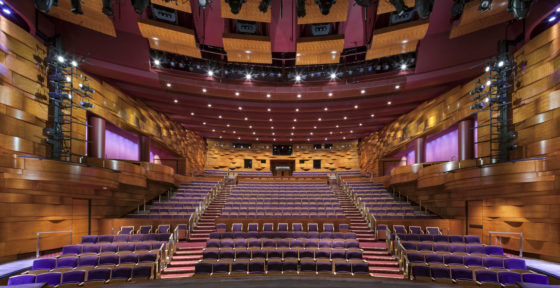 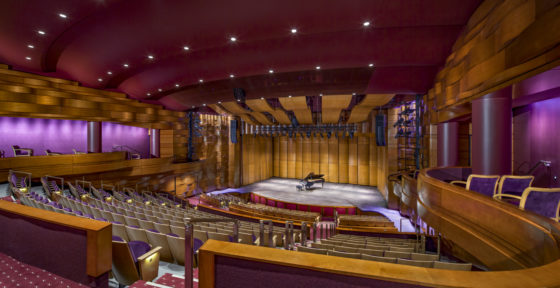 The Eisenhower Theater has been the main stage for theater and dance at the Kennedy Center for more than 40 years. In 2008, the facility completed an extensive $18 million renovation. As the acoustic consultant, Jaffe Holden focuses on improvements to the box-in-box isolation of the theater. In order to eliminate sound bleed between two adjacent theaters, a new sound isolation wall was constructed in the Terrace Theater stage. New splayed wood walls were constructed to enhance lateral reflections to the audience, and new rear wall absorption was installed to eliminate echoes back to the stage.

In order to improve sound in the dress circle, our team eliminated the full-height seating separation walls. We specified a new sound reinforcement system with side speakers neatly placed inside sound transparent coves. These speakers flank the proscenium and center speaker clusters to provide improved sound for the balcony and main seating areas. An all-digital audio transport system delivers audio from a Studer console to digital inputs on various powered loudspeakers. Our team designed extensive video connectivity and a matrix intercom to facilitate the intricate production needs involved with musical theater.

The John F. Kennedy Center for the Performing Arts